The wait is over! The 5th edition of Ko’i Lesa has been released and published. Make sure you’ve read the first four editions prior purchasing this one, so you don’t miss out on anything I’ve written and talked about.

As usual, there are two versions. One in the unique Papiamentu language and the other is fully in English. Make sure you buy the correct version!

For previous editions you can find their respective links below: 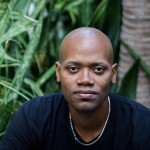 Introverted and autistic author, creative writer and photographer. Lion is a maverick who might be an alien who barely leaves the house. He still wishes and tries his best to step carefully outside of his comfort zone, experiencing the world (or the safest parts of it) and meeting new people without cringing or feeling social anxiety. Lion doesn’t have much to brag about. He is actually living on very limited and tight budget while trying to be an independent broke writer. It’s not that he likes being broke, but he likes how it humbles him and forces him to be creative with what he has. He also believes that if 80% of the world’s population can survive on less than $10 a day, why can’t he? I don’t know if I should mention this here, but he likes hugs and female boobs. Yeah—boobs are nice!